Time is gold, as the saying goes. That’s why it’s extremely important to know when the time changes in your area. For example, when summer rolls around, you might have noticed that the days are longer and nights are shorter – something that’s very different during the winter season. This is where Daylight Savings Time (DST) comes in handy.

Although it’s convenient to change the time depending on the season, DST can be confusing for some. You might not realize it, but many people in Australia are unsure if they should change the time on the clocks. If you’re one of those people, don’t worry too much about it because you’re not alone in this!

In this article, you’ll know more about when clocks change all over Australia. So read on to know more!

When Do Clocks Change in Sydney?

When Do Clocks Change in Melbourne?

Like that in Sydney, DST started last October 3, 2021, at 2 AM, and it will end this coming year on April 3, 2022. Although it’s just a coincidence that DST starts and ends the same in Melbourne in Sydney, the time might slightly differ in the Eastern part of Australia.

While many people may dread the time change in March, it’s a good opportunity to remember that Daylight Savings Time is hard on our bodies. While we sleep, things happen inside us called circadian rhythms that revolve around light and darkness. When the light changes in the fall, it wreaks havoc with this internal clock when we go back an hour.

1. Spring ahead and get a head start on your day

Many people have a tough time adjusting when we change our clocks forward in the spring. The best way to prepare yourself is to set your clock ahead an hour in the afternoon before you go to bed for a couple of nights before the actual day that it happens.

This will give your body a chance to start getting ready gradually so that when the morning comes, it won’t seem so bad. You can do this type of thing up until about five days before DST begins, where there is really no benefit since the clock only moves one hour at a time, and you still have plenty of time left in your sleep cycle. 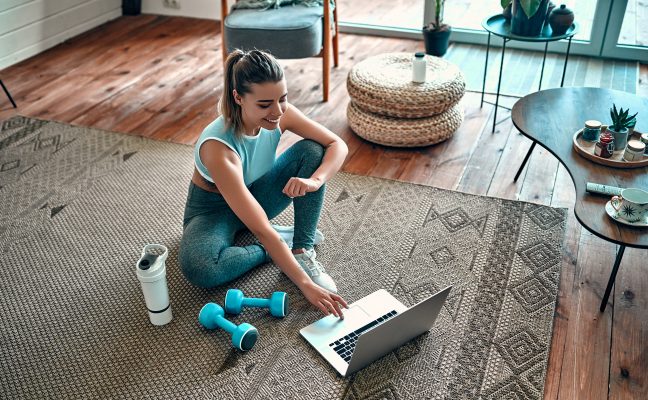 2. Exercise earlier or later in the day

Since evening activity will be lighter, try not to exercise right after work or school. Doing so will increase your chances of injuring yourself because you are already tired. It is best to either get it out of the way early in the day or do it after work when there is more light outside.

3. Get plenty of sunlight during the day

When we lose an hour of daylight, our body thinks that it is later than it actually is, and some people respond by getting less exercise and more sleep than they normally would at other times in the year.

During this time, you should get plenty of exposure to natural light during the day which will help keep your internal clock synced up with what’s happening around you, not just what time your alarm clock says it is.

4. Avoid the temptation to oversleep

This is a piece of pretty standard advice for any day, but especially when you have lost an hour of sleep. If your body thinks that it can get more rest before waking up, it will start telling you to keep sleeping.

On the other hand, since you are used to getting up at a certain time, this additional hour of sleep might seem like the perfect opportunity to catch up on some lost z’s. Still, there’s a reason why your alarm clock goes off at the same time each morning, and it’s not because your boss is also waking up early.

5. Drink plenty of water to help adjust to the time change

Since your body is losing an hour of sleep, it may try to compensate by going into a “survival mode” that focuses on conserving energy. This involves making you feel more thirsty and tired, so drink plenty of water throughout the day to help your kidneys flush out the extra toxins in your system from not drinking enough.